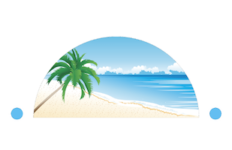 With so many different cultures living together in the same country, it’s only natural that we would have a wide variety of food. From seafood to traditional food to wonderful BBQ, there’s plenty to love about eating here. For the best in Belizean cuisine, look no further than local eateries and food stands. Locals really know what good food is.

CENTRAL COAST
Meat Pies: Belize City is the hot-spot for this traditional Belizean dish. Ask the locals and they’ll have a favorite place to get their meat pies and a tried and true way to eat it. Meat pies are a delicious combination of onions, peppers, meat and spices inside a warm crust.

Rice and Beans: Typically used to complement a main dish, white rice and red kidney beans are most commonly found in Belize and a specialty in this region. A truly authentic Belizean dinner would pair either of these varieties with stewed or fried chicken.

Cowfoot Soup: For a culinary experience not found at home, try Cowfoot soup in the Central Coast region. The cowfoot is boiled to soften and mixed with a variety of vegetables, coco seasoning and okro pepper.

Stewed Chicken: One of the most traditional Belizean dishes, stewed chicken is one that every visitor should experience. The secret to this delectable dish is to brown the chicken that’s been rubbed with an annatto paste called “recado,” and sprinkled with salt, pepper and garlic before adding water, a dash of vinegar, chopped onions and sweet peppers.

NORTHERN BELIZE
Escabeche: This dish expertly blends flavors from Mestizo, Spanish and Maya cultures with a spicy combination of chicken smothered with onions in vinegar, peppers and other spices. Fresh corn tortillas are made to complement the dish, which are prepared by mixing ground whole corn with white lime and water.

Chimole Soup: Chimole, also known as “Black Dinner” is a tasty, black-colored soup with roots in Mayan and Mestizo cultures but enjoyed by all in Belize. This savory hearty soup made with the unique ingredient black recado is a local favorite.

SOUTHERN BELIZE
Cohune Cabbage: Cohune cabbage, made with hearts of palm flavored with yellow ginger (turmeric), is one not to be missed! This curried cabbage is at its best in the Southern towns of Belize.

NORTH ISLANDS
Seafood: Due to Belize’s excellent geographical location, the seafood is plentiful, of high quality and available almost anywhere in the country, but is at its freshest on the islands. Conch, shrimp, squid, crab soup, ceviche are just a few of the seafood selections found on Belizean menus.

Lobster: At the close of lobster season, which runs from February through July, several coastal towns including San Pedro on Ambergris Caye, Caye Caulker and Placencia host the world-renowned Lobster Fests. This celebration features live music and dancing along with the delicious catch of the season. The Lobster Fest is scheduled every year in June and attracts visitors from all over the globe to enjoy the wide array of lobster delicacies.

BELIZEAN BRANDS
Marie Sharp’s Hot Sauce: No dining table in the country is complete without a bottle of Marie Sharp’s Hot Sauce. An extremely distinctive element of Belizean dining, the original Marie Sharp’s sauce is made from a base of habanero peppers, carrots and onions. The brand now offers the pepper sauce in varying degrees of heat, from “mild” to “beware,” as well as jams and chutneys to go with any food or dish.

Belikin: In Belize, no meal is truly complete unless it’s accompanied by the country’s national beer— an ice-cold Belikin. Produced by the Belize Brewing Company, this beer comes in varieties of stout, lager and premium. The original beer recipes came from the founding brew masters who all came to Belize from Germany. Since then, the beer has varied ever so slightly to give it a distinctly Belizean taste.

Rum: The liquor of choice in Belize is rum. Five- year-aged Prestige rum is considered the best of the Belizean rums; other local favorites include 1 Barrel and Caribbean Gold Rum.

Have questions about anything you see here, or about buying or selling Belize real estate? We would love to help. Call or email and say hello!

Owning a home is a keystone of wealth… both financial affluence and emotional security.